Ad Astra - I absolutely love shooting the stars and capturing the last bits of light as it fades. I was lucky enough to have one clear evening at the Lake District this summer on a short vacation. This shot was a 30 second exposure at ISO 640 at f/2.8.

Alone - This shot, or at least the finished version, does not represent the scene itself. In fact, there were a load more boats around and a few people in the shot too. With some layering, some smoothing and a lot of manipulation in Lightroom, I managed to settle on this version of the shot. I am particularly proud of how lonely the scene seems to appear. Stacked shots via the Playmemories app at 1/125 sec, f/8 and the ISO set at 100 to keep noise to a minimum. The effect during a dull, cloudy day really works in monochrome.

Drama - Black and white landscapes are something I absolutely love. I think the removal of colour really adds to the simplicity of a photograph and the minimal effect is something I particularly enjoy. This is once again a 30-second exposure, but set at ISO 50 this time and f/2.8.

Sail - Everything seemed to come together in this shot for me. The sun was producing some incredible colours as it slipped behind the hills, which also had a low layer of cloud giving them some drama. As it was late in the day, the lake (Windermere) was practically empty aside from this one sailboat, which with its large white sails, contrasted the darkening landscape behind it. I think the only thing better than getting this shot would be actually being on the boat enjoying the scene with a beer! The shot was 1/125 sec at f/5.6 with the ISO at 160.

Silhouette - One for the purists. This was a 30 Sec exposure, at ISO 50 at f/2.8 on my Samyang Fisheye lens and yes, that is me stood very, very still in the photograph. I set the camera up with a 10 Second timer, ran to the position and froze. I am certain if anyone was watching, they would have thought I had gone quite mad! However, I hope you will agree, the finished article was worth the effort.

Stone - This was taken using the Playmemories smoothing App on my Sony a7ii. Settings for each shot (over 120 of them) are 1/400 sec, f/8.0 at ISO 100. For the purists out there, this is cheating: getting the long exposure look without actually taking a long exposure photograph. The question is really, does it matter how an image is obtained, if the end result is how you wanted it to look? We all manipulate our photographs in one way or another and this particular one was given additional smoothing (surface blur) in Photoshop. This was shot quite quickly due to the number of people walking by, so set up the tripod, open the app and….you know the rest.

Tenby - I still can’t get over the fact that this old building used to be a zoo! I guess times have changed and the regulations as to what would constitute acceptable living standards for animals (in this country at least) have come a long way with it. The shot was taken using the Playmemories smoothing App and smoothed a bit in Photoshop afterwards. You can just about make out the trail of a boat coming into the bay below me with its white trail. Each stacked photo was 1/160 sec at f/11 with the ISO at 100.

I have been a keen photographer for as long as I can remember, long before the days of even realising what a digital camera was (or is). I have fond memories of taking photographs during skiing holidays to the Alps and a trip to Botswana during my University days, thinking that they would turn out to be as breathtaking as the views I was lucky to witness.

Unfortunately, the old school wind-up cameras from Boots never seemed to quite do the landscape justice. Moving on some, the evolving of the camera on my iPhone with every new iteration led to an interest in digital cameras and my first semi-serious purchase into the Sony camera ecosystem, which I have never left and never intend to. Yes, they are quite expensive and yes, arguably, there are better systems out there and for less money. There is just something about Sony cameras, beyond the stellar image quality that make them highly attractive to me given that I am a bit of a tech geek.

I now own an RX10 iii (a very recent purchase, less my Sony A7II) and I enjoy all sorts of photography, fitting it in wherever I go. The following series is from my recent summer holiday to the Lake District (and a cheeky shot from Tenby in South Wales), which obviously offers incredible views, particularly if you position yourself correctly during the golden hour, and the British Summer is kind and cloudless, of course. Having grown up and worked in the Midwest, we did not see many waterfalls. OK, none really.  The first waterfall
Jun 22, 2021
7 min read
Jun
22 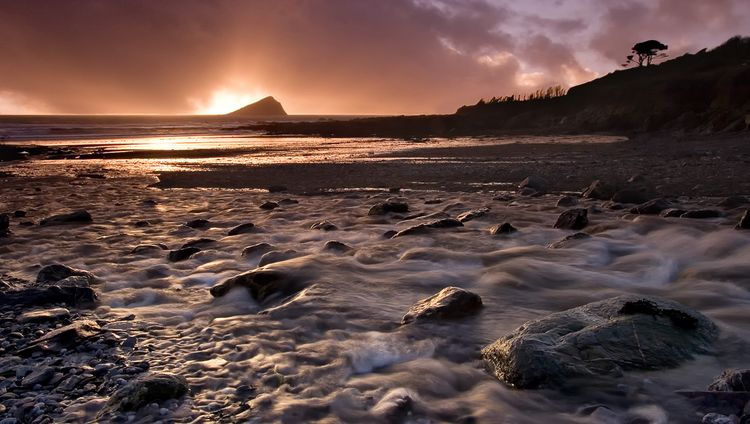 In this interview, Brian Northmore tells us how he first discovered landscape photography and gives us an insight into how
Jun 22, 2021
6 min read