Darren Whiteley talks about his shift of focus to woodland photography following a house move inland from the picturesque coastal town he had previously been lucky enough to call home. This article was first featured in Issue 42 of Light & Landscape.

After a recent house move, my photography playground has changed from picturesque seaside towns, ancient monuments and wide-open beaches, typified by shots such as Whitby’s 99 steps, pier and abbey, to gentle rolling hills, cityscapes and woodland. The change of subject to woodland photography made me less nervous than the actual lack of opportunities on my immediate doorstep.

Photographic treasures such as Pistone Windmill do exist but you can’t always guarantee light such as this on the days you have free. I realised I needed to find something much closer to home to shoot as often as possible in my spare time. Fortunately, there are woodlands less than a 5-minute walk from the house and this is providing an ideal opportunity to embrace intimate woodland scenes.

I am finding the transition from grand to intimate landscapes more problematic than I assumed it would be. Despite applying the skills I have honed over the years I am constantly returning with snapshots or shots which lack the ethereal feel and majesty of the woodland. I also often find myself drifting to the edge of the woodland and focussing on lone trees which is a return to my comfort zone of grander landscapes. I can see the potential in a scene but can struggle to capture it in camera. Too often the resultant photo is cluttered and chaotic with no obvious subject.

Improvement has been slow and a mixture of accident and study. For example, it was while I was out capturing portraits of my son I realised my 85mm lens helped simplify the scene. I had been using my wide-angle lens, on a fairly standard ‘landscape setting’ but this simply pushed my subject deep into the scene and cluttered background. Although it feels counterintuitive, longer lenses and often shallow depth of fields really are your friend when it comes to woodland photography. I rarely shoot at a focal range of less than 50mm these days and look to find more abstract views rather than attempting to capture all of the scene in front of me.

The image above was the first shot I was reasonably happy with but it lacks simplicity and would benefit from a more interesting subject matter or foreground. You would think identifying the subject matter amidst a static scene would be obvious but I have found this the hardest part. Whatever it is in the scene that initially entices you is not always as obvious as you compose. Frustrated, I spent a fair amount of time researching woodland photography to try to formulate a process for getting better shots.

The good news is pretty much any light and weather is good for woodland photography and even light rain shouldn’t be an excuse for not getting out and shooting. Grey skies make for an excellent diffuser and the rain can really bring out the colours in the woodland and darken the trees for greater contrast. This can be further emphasised by the use of a polariser. Fog adds a mystical feel and mood to your shot as well as help simplify the background.

I am yet to get that magic mix when the fog clears as the sun appears producing amazing light beams but I have identified the subjects for it. As a general rule of thumb take extra care with your framing, especially in the corners where a rogue branch will often place itself. Also, I’m often frustrated by a wonderful subject which I just cannot frame without too many distractions. Some are on the list for future foggy days but many will remain elusive as there is no composition that will do the subject justice.

This frustration does make the days you have the right mixture of subject and composition all the more rewarding. Another early mistake I made was to treat the shoots too casually. I would never have gone on a photoshoot before without my tripod and filters and yet I found myself regularly doing exactly that. By treating the woodland with the same respect I would any other landscape shoot my results have improved.

I’ve also been experimenting more and have found intentional camera movement can be a useful aid to simplify if other attempts have proven futile. I had noticed this small copse of woods early on but could not get a composition to do it justice. By applying a little intentional camera movement (see Feature Image) I was able to get a capture I feel best represents the scene. I am on the lookout for subjects that will work well in infra-red.

Finally a note on expectation management for those of you who share your images on social media. Woodland shots often lack the immediate impact of grand landscapes and require the viewer to give it time to grab their attention. In the constant scrolling world of social media most simply scroll on by meaning your ‘like’ count can be disappointingly low. Now, armed with the experience of the difficulty of producing such a clean and composed capture, am I starting to better understand their beauty and the genre is fast becoming a personal favourite.

If you want inspiration look at the work of Lars van de Goor, a standout artist for me in this genre, or give Simon Baxter’s YouTube channel a visit. I am still very much a man walking his dog in the woods (occasionally remembering to bring along the tripod and polariser) but from studying their work and those of others like them I have quickly gone from taking snapshots to something much more dreamy like the photo of the orange leaves in the fog (see above) which is my favourite woodland shot to date. If you haven’t given it a go I suggest you visit your local woodland and see what you can capture.

You will never look at woodland in the same way again and it will give you a great opportunity to create your own style.

I am an officer in the Royal Air Force who when work and life allows gets out with the camera to photograph anything and everything. I came to photography reasonably late even though my Dad was an enthusiastic lover of slide film. Hard to say where I am normally based as I move around so much. Local landscapes and wildlife remain my passion although recently the woodland is calling me. Some of my fondest childhood memories are of long Sunday morning walks with my dad. We used to walk from
Jul 4, 2021
6 min read
Jun
15 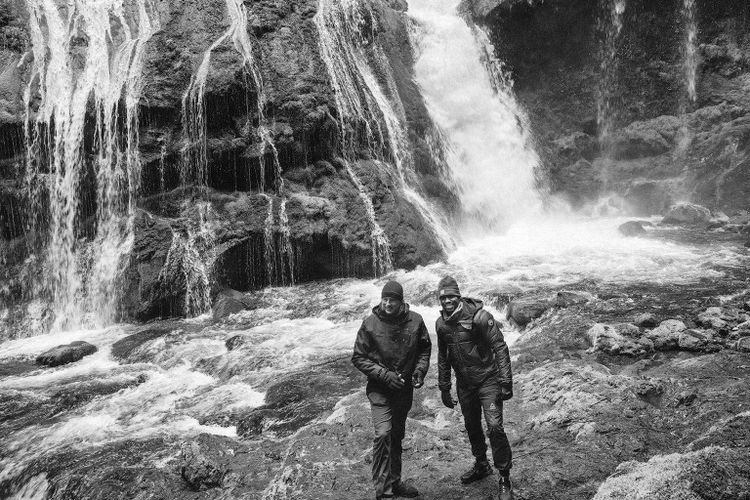