What sparked your passion for photography?

My passion and interest in photography began back in 2005 when I was visiting the city of Paris. The small compact camera that I had wasn’t capable of anything beyond just taking images automatically and so I was advised to get a digital SLR. That first DSLR was a Canon 350D with the 18-55mm kit lens. It got me started down the road of doing the night shots that I had in my head but then I started getting into landscapes through the work of Lee Frost and his numerous books.

Lee’s book on filtration gave me an insight into ND grads but it took me a while to actually start getting results. The kit lens didn’t help because where you screw the filter on turns when you’re focusing thus making any filters nearly unusable. From there I started reading a lot of the magazines such as Digital Camera Magazine; Amateur Photographer etc and coming across what a lot of people consider the top three being Charlie Waite; Joe Cornish and David Ward. I also started noticing the work of David Noton who inspired me to start getting up early in the morning.

Describe your journey from beginner to full-time pro.

I would say my journey happened over a year or so and wasn’t intentional to some degree. In late 2009 I finally started “getting it” in terms of using ND grads; composition etc and so slowly started building up a bank of work on my 350D. It was not long before this that I had learned to drive which also was opening up many more opportunities for me.

Around the summer of 2010, I was sat behind my desk looking out the window when it struck me that I had a number of things that I never used and it was likely that if I sold them I could upgrade my camera and go full-frame.

It was also this time I became more aware of the image libraries as I had seen an image of David Noton’s marked ©David Noton/Photolibary. Through researching Photolibrary, I discovered what they needed from a photographer in order to submit images. At that time part of the contract was that you must have a full-frame camera and professional lenses so from this the seeds were planted to try and get out of the day job.

Fast forward to November 2010 and the UK is a memory as I set up home in the Loire Valley of France. Although I was starting to get published, my first aim wasn't actually photography but to find a regular job.

Photolibrary had also given me a contract by this time and were filling me in on what I needed to do. Their conditions were that I had to get an initial 200 images with them so they could make sure I was serious. What they did is alien to a lot of stock library contributors in that they edited the work I sent in. That is to say, they would take a submission of 100 images and only choose the ones they felt were saleable.

In amongst this, I was trying to find regular employment, just in case, but it just wasn’t forthcoming. So my only hope was to try and forge ahead as a professional photographer, albeit one with very little resources. Thankfully, through sheer determination, I kept going, earning more and more money from various places such as local commissions with the town hall in Tours, magazine work and little bites of money from the stock agency.

In 2011, Photolibrary was sold to Getty Images and everyone was offered a contract. Basically, you either took it as it was or went elsewhere. I decided to stick with Getty and have been with them ever since. At this time the Getty contract was quite tough and it was written in there that unless you had a minimum selection amount over a period of time you would be in danger of losing your contract. Thankfully I never fell foul of that and have seen my work sold in over 40 countries for all sorts of things from web use to time-lapse work for CBS Criminal Minds Without Borders.

What are the challenges of making a full-time living from photography?

Without a doubt, it is getting the money to come in on a frequent enough basis that allows you to pay the bills and still have enough to get out there and create new work. There are now more people than ever interested in being photographers and thinking that being flavour of the month on Instagram or YouTube is what it takes. It definitely isn’t but it’s something that does have to be added into the role.

Tell us about your international workshops.

I do both solo and co-lead tours during the year. Co-lead is with the well-known photographer David Clapp, We’re currently planning Tuscany and Provence for next year as well as looking to add and finalize plans for the Dolomites.

Solo wise I have workshops in some of the classic areas such as Glencoe and the Isle of Skye as well as adding in Mongolia. Mongolia is being run in conjunction with a UK company that is based in Ulaanbaatar called Eternal Landscapes. The company founder Jess Brooks loved my style of photography and invited me over in September to see how I would capture the country using my skills as a landscape and travel photographer.

So in March next year, there is an eagle festival in the Altai region that we are going to do along with a more general landscape one at the end of August into September next year. You have to be a certain type of person though for Mongolia as it has various challenges. The best way of describing those challenges is to say that you need to leave behind your western values and comfort zone at the airport. Simple things, such as getting a hot shower every day, aren’t going to happen.

Pretty much most of my earnings come from stock imagery and stock footage. I have been lucky in that I got in at the right time and have been able to build up a wide and varied collection. I would say about 30% of income comes from workshops and tours. Hardly anything at all comes from print sales. I did have a small flurry at the beginning of the year but nothing since then.

Which landscape photographers do you admire?

When I first started out, it was the work of Lee Frost. From there it went into people such as Joe Cornish and Charlie Waite. I liked David Ward's work but it took me a while to “see” what it was he was doing. Of course, once you see it then you are blown away by how someone creates magical images from so little. David Noton has got to be in there for the travel photographer side as that is essentially what I am.

Nowadays I tend not to go looking at other photographers so much. Sometimes it might just be reading a magazine while at the airport you see a place featured and add it to your bank of places to visit. Or you meet someone who says that you really should go to a particular place like the day I met a guy in Florence who said go to Salamanca as it’s amazing.

Being a travel photographer means working away from home. Do you have a home base environment that inspires your imagery and influences your ability to make a living from photography?

My office is definitely uninspiring as it also doubles as a guest room. The area surrounding where I live is, to an extent, inspiring as it’s not heaving with other photographers which means I can create imagery that isn’t based on anything. By that I mean go to Glencoe on a Saturday morning and see the number of photographers waiting to get the classic shot of the waterfall and Buachaille Etive Mor. You could practically set up a turnstile selling entrance tickets! France is very under-photographed from a landscape perspective which means it’s rich pickings for anyone willing to venture over.

How long did it take from the moment you decided/chose to make a living out of your work until it really worked out?

It’s taken a good few years to actually get to the point whereby I feel comfortable in what I do and comfortable that money will come in. Certainly, the last couple of years YouTube and Instagram have had an impact on the industry and we are seeing people elevated to great heights without ever really accomplishing anything. However, it spurred me on to create my own YouTube channel showing people what it is that I do as a photographer. Being self-employed you have to just keep working at it. Keep pushing forward because if you stop the world carries on without you and you’re likely to see all sorts of opportunities pass you by.

What are your future plans?

At the very beginning of November, I will be in the Dolomites to give it one last good look around before the workshop next year. I’m splitting my time over two different areas to maximize what it is I’ll be doing there. Then straight after that, I will be in Japan for 12 days in the Osaka area whereby I’ll be looking to photograph the autumn colour in Osaka; Kyoto; Hiroshima and a couple of other areas. I’m being helped with this trip in getting access to a couple of places that will hopefully come to fruition.

The UK will be in early December but that’s only a quick visit and could possibly yield not a lot but we’ll see. For 2019, it is very busy and I’ll be away a lot. Glencoe in January. Possibly Hong Kong in February before spending nearly the whole of March between three countries which will be Germany, Mongolia and Scotland. April will be back in Japan for the cherry blossoms. May is the Tuscany workshop. June is likely to be Amsterdam for a commission. July is Provence. Mongolia again in late August before getting back into the Dolomites in October.

Julian is an award-winning professional photographer and writer whose focus is on landscape and travel. He is based in France in the Loire Valley but also travels across Europe for work.

Every year I take myself off for a little photographic holiday all on my own. Running a busy photography tour
Jul 1, 2021
4 min read
Jun
29 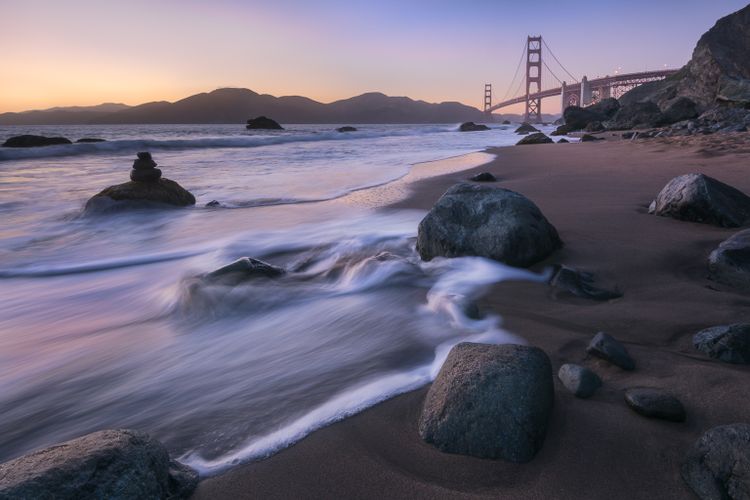 How did you get into landscape photography? My interest in photography dates to my teenage years when I shot black
Jun 29, 2021
6 min read
Jun
15

Landscape Photography On the Edge of Europe

In this article, Adam West shares his enthusiasm for the Outer Hebrides of Scotland when shooting landscape photography. The islands
Jun 15, 2021
6 min read